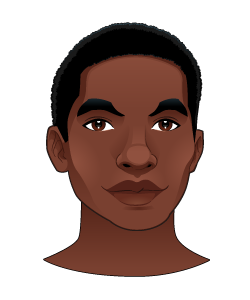 Most diet plans tell you to avoid certain foods. This sounds good in theory, but often what happens is that you end up eventually binge-eating those forbidden foods and undoing all of your hard work. It's also hard to stick to such restrictive diet plans when you go out to eat with friends, attend a birthday party, or come home to a special meal your partner has cooked for you. As such, many people are saying goodbye to restrictive diet plans and instead are following eat-anything diet plans. These diet plans do not explicitly forbid you from eating any foods in particular.

This lack of restriction can actually help you lose weight more successfully and consistently. However, in order to succeed on an eat-anything diet, you will need to stick to a few other guidelines.

Be vigilant with your portion sizes

You're following a diet plan that says you can eat whatever you want — not as much as you want. If you're going to succeed, you need to keep a really close eye on your portion sizes, especially when it comes to those foods you know aren't so good for you. Memorize what a portion size consists of in the various food groups, and use measuring cups to portion your food until you become very skilled at "eyeballing it." Make it a rule that you only go back for seconds or take an extra portion of vegetables.

Don't keep too many bad foods around

This diet allows you to have chips, cookies, and other unhealthy foods when you want them, but that's not a license to fill your pantry up with these items. Fill your house with healthy choices so that becomes what you reach for most often. You will automatically eat fewer unhealthy foods, and without feeling deprived, if you do not have a lot of them around. If you have a hard time controlling yourself at the grocery store, consider ordering groceries to be delivered instead. It's easier to say "no" to a second pack of cookies from behind a computer screen.

It's called the "eat-anything diet" not the "drink-anything diet." While theoretically there won't be any beverages you're outright banned from drinking, you should pay careful attention to the beverages you drink on a daily basis. Drinking cup after cup of soda or juice as your primary source of fluids will skyrocket your calorie intake so high that you'll never lose weight. So on a daily basis, you must stick to calorie-free beverages like water and unsweetened tea. Sip the occasional glass of wine or beer, but keep it occasional.

If you follow the advice above, you can lose weight on an eat-anything diet — and all without cutting out cheesecake or chocolate completely!

For help with an eat-anything diet, reach out to a medical health professional in your area.